Are You Selling or Are You Being Sold? 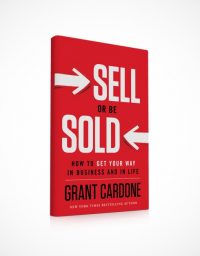 …You know what you’re doing, but nobody else does.

It doesn’t matter if you have the greatest product or service in the WORLD… if enough people aren’t SEEING it, then you’re out of business.

It’s a simple matter of doing the math…

The cheaper your product, the MORE people will need to see it and buy it.

The more expensive the product, the LESS people you’ll need to see it and buy it.

So, this begs the question: “Why are so many people just trying to sell cheap products?”

(This sort of ties in with my previous article…)

They think this “unlimited” revenue stream that they’re promoting is going to make them some money. It certainly isn’t going to make them a millionaire, and it probably won’t produce much more than a hundred dollars… no matter how long they promote it.

And… you’ve got to think about WHERE they are advertising: Do people in Facebook groups have enough money to fork over $10,000 for a “Big Ticket” product or service?

I know I’m sounding pretty harsh here, and I’m not really picking on people in the Facebook groups, because I post there, too, sometimes…

What I am trying to point out here is that EVERYBODY and their brother-in-law is screaming “BUY MY CRAP” in the Facebook groups, and nobody is going to hear your message for all the noise.

Yes, you need traffic, and yes, you need millions of eyeballs to see your message. But if you’re whispering “sweet nothings” to your lover in a crowded nightclub with loud music playing… guess what?

They’re not going to hear you for all the noise!

This is important to understand…

Think about it and let it “sink in”…

There’s no telling how many new products are launched each day. It seems like people change business opportunities faster than Chris Christie can eat a box of donuts!

Some people change their “bizops” faster than a coyote drinking a can of Red Bull.

You do that by marketing and advertising daily, following up and building the relationship daily.

If you’re not selling, you’re being sold. And if someone told you that you don’t have to do anything to make money, YOU’VE BEEN SOLD a load of pipe-dreams.

(You thought I was going to say “crap” didn’t you?)

Sell Or Be Sold – By Grant Cardone