If you want to know how to make money on YouTube, look to Gabby Wallace for advice — she earned six figures teaching English on YouTube last year!

Source: How This Teacher Makes Money on YouTube ($120K/Year!)

Gabby Wallace always had a thirst to see the world.

That’s why she began teaching English as a Second Language (ESL); she knew it was a career that would allow her to travel.

But she never expected she’d stumble upon a business that would allow her to keep teaching and traveling — and occasionally earn the equivalent of her former salary in a single week.

It’s all thanks to a little platform called YouTube…

Wallace, who has a master’s degree in education, had been teaching ESL for five years when she decided to make “bite-size” videos to help her students in Japan.

“It was almost an accidental business that I created,” she says. “No funding, no investors, no business plan. I just wanted to help my students more.”

At this point, she had no technical experience and no equipment — only a laptop and a smartphone.

“I didn’t even know how to edit,” she says. “I actually have my first videos up still on YouTube, where you can see me turning the camera on and off. It’s really embarrassing, but I leave those up there because it’s sort of a reminder that you can do this even with very little training.”

Her students responded well to the videos, so she continued to make them — even after moving back to the U.S. to teach at a university.

Six months in, a little box popped up on YouTube that said: “Yes, I would like to be able to monetize my videos.” She clicked it.

And slowly, the money started to trickle in.

“Honestly, seeing the first few cents and the first few dollars come in just amazed me,” she says. “I was like, ‘This is possible; oh my gosh, it works.’”

Though it wasn’t enough to support her, it felt good. (For most people, the earnings might’ve covered coffee expenses — but Wallace notes: “I drink a lot of coffee.”)

Due to the rising popularity of her videos, she began to receive requests from students who wanted to take Skype lessons with her. So she started doing those as well.

She dedicated 15 hours each week (on top of her full-time teaching job) to her channel and students, earning about $50-$100 per week.

“I had a lot of doubts about the time that I was spending on it,” she admits. “Like, is it really worth it?”

She Goes All In — and It Pays Off

She’d been on YouTube for three years and had 10,000 subscribers. She was still doing one-on-one English lessons, and couldn’t grow her business because she only had “so many hours in the day.”

So she added a new tool to her arsenal: a video course, complete with lessons, quizzes and exclusive content not available on her YouTube page.

Because the course was on-demand and didn’t depend on her time, she calls it “a huge turning point.”

Wallace also got lucky: YouTube provided her a free mentor, a service it offers to select creators. She met with him once a week to learn strategies for growing her subscriber base and earnings.

Her biggest success? A joint sale with other English teachers that brought in$45,000 in a week — 10% of which was donated to Pencils of Promise.

When she saw those numbers, she cried.

“I’d never even made that much in a month being an English teacher, and I never imagined I’d be able to give back that much,” she explains. “It was like whoa.”

These days, Wallace can command $1,000 in sponsorship for a five-minute video on her channel.

To create five or six of these of these, it takes her about three hours: one to prepare, one to film and one to edit.

Though that’s a pretty incredible hourly rate, Wallace actually makes the vast majority of her income from her downloadable courses — literally a way to “make money while you sleep,” she says.

Between her courses, YouTube ad revenue and sponsorships, she earned $120,000 last year ($25,000 of which went to overhead costs like web hosting and contractors).

All while working on her schedule, from anywhere with an internet connection — she traveled to 20 countries last year!

If you’re hoping to emulate Wallace’s success with a YouTube channel of your own, don’t miss her tips for growing with — and making money with — the platform.

1. Think About Your Skills

What are you good at? What could you teach?

“Think about what knowledge or skills you have,” Wallace says, “and you can create assets from nothing.”

Though Wallace had never created videos before, she knew her strength and background was in teaching — and she used that to create her biz.

Wallace attributes much of her success to the fact she started by “giving so much value on my channel for free.”

You want people to see you’re an expert and that you want to help, she says. If you start selling stuff too quickly, and your viewers think you’re in it just to make money, she warns you’ll “turn them off.”

Instead, she advises you “start out giving” and “trying to be of service.”

I hate to break it to you, but you probably won’t find success by just uploading videos to the platform — no matter how good they are.

“It really is about growing your audience, and interacting with them,” says Wallace. “You have to see them as a community.” 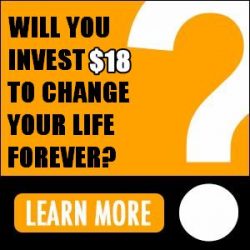 Despite Wallace’s massive following, her YouTube ad revenue only makes up a small portion of her income — which is why she recommends having multiple income streams.

“Even if you do have a lot of views and you’re making good money from YouTube ads and stuff, you see a lot of the most famous creators actually selling merchandise on their websites,” she says. “Selling t-shirts or selling other stuff, or maybe they have affiliate links to products.”

Oh, and if you see a product in a video, she notes “it’s probably sponsored.”

Though some might’ve looked at other online English teachers as competitors, Wallace took the opposite approach.

“Honestly, we all benefit so much from collaborating, whether it’s simply sharing each other’s links, doing a collaborative video or interviewing each other on a podcast,” she says. “That’s been just a huge source of not only income — but growing our respective communities.”

And, though she didn’t mention it, I’ll add one more tip: Be patient.

It took Wallace three years of hustling on the side (and five years of teaching ESL prior) before she started to earn a full-time living from her business. That’s a lot of sacrificed nights and weekends out.

Sure, she has a life many of us would dream of now — but she’s worked hard for it.

And her only regret? That she didn’t do it sooner.

Looking back, Wallace says her biggest mistake was “not believing in myself, not being confident… and not mentally going all in.”

Susan Shain, senior writer for The Penny Hoarder, is always seeking adventure on a budget. Visit her blog at susanshain.com, or say hi on Twitter @susan_shain.