GOP lawmakers believe they are finally close to overhauling the Communications Act.

By David McCabe – 08/09/16 06:00 AM EDT
Republicans believe they are finally close to overhauling a landmark law that has been a cornerstone of tech and telecom regulation for decades.

The effort to update the Communications Act, which gives the Federal Communications Commission its authority, has been years in the making and has powerful support.
The chairman of the Senate Commerce Committee and veteran lawmakers on the House Energy and Commerce Committee are vowing to make changing the law a centerpiece of their 2017 agenda.
Proponents of updating the law, first written in 1934 and last revised in 1996, say it’s showing its age and is ill-suited to dealing with a world dominated by high-speed internet and mobile devices instead of phone service and traditional radio broadcasts.

“There are way more moving parts now than there were back then,” said Senate Commerce Committee Chairman John Thune (R-S.D.) in July, “and we think it’s time for Congress to be heard from again.”

“You know, in the 1996 [rewrite], I think the internet, if it was mentioned at all, we maybe mentioned it one or two times,” he said. “And so it’s a whole different world, and we think that the policies, the regulations that apply to the industry today need to be updated, need to be modernized.”

But a Republican effort to update the law fell short just last year, and observers predict a tough lift ahead.

Thune’s enthusiasm, though, is echoed by Rep. John Shimkus (R-Ill.), who plans to seek the chairmanship of the House Energy and Commerce Committee.

“You want to do a blank slate, and you want to ask people to come in and say, ‘Assume there’s no FCC, but we have the communication devices we have today and we’re going to create an FCC. What does it need to look like?’” he said.

Shimkus also said a rewrite should address questions of privacy and cybersecurity, which have come to the forefront in recent years.

To observers, this talk is familiar.

In 2013, House Republicans announced an ambitious effort to rework the law.

The FCC has also seen a slew of court challenges and congressional hearings over its powers as it deals with new questions.

“I’m tired of these bickering little fights that are based upon the FCC trying to stick a square peg in a round hole,” said Shimkus. “They’re trying to force compliance using an old regime of laws that aren’t applicable today. So, then we bicker.”

The House Energy and Commerce committee produced white papers on a variety of topics, like regulation of the video market and competition, throughout 2014. But the website devoted to the effort has been dormant since then.

Rep. Greg Walden (R-Ore.), who chairs the Energy and Commerce technology subcommittee, has blamed the stalled effort on the FCC’s decision in 2015 to approve controversial net neutrality rules. The rules were strongly opposed by Republicans and cheered by Democrats.

“Net neutrality certainly was a mini-atomic bomb in the middle of it,” he told reporters last June.

There are other difficulties to rewriting the law, as well.

In 1996, the last time the Communications Act was updated, there were a relatively limited number of sectors regulated by the law.

Doug Brake, a telecom analyst with the Information Technology and Innovation Foundation, said that the wide range of companies and interest groups now regulated by the FCC makes it harder to reach consensus.

“I think realistically, it’s going to be seriously tough,” he said.

Thune, who risks losing his gavel in January if Democrats capture the Senate, said he hoped that the sheer amount of lawsuits over the FCC’s powers would bring interested parties to the table.

“It’s a hard lift under any circumstance,” he said. “In [1996] it was a really hard lift. But I’m hoping there’ll be some critical mass that’ll start to build behind doing that. And I think one of the things that will push that forward is just the seemingly endless litigation that surrounds these laws today.”

Shimkus said it was evident the law wasn’t suited to today’s technology, and that should motivate efforts to update it.

“I’ve got to believe that’s compelling,” he said. “It shouldn’t be threatening. In fact, you should encourage the FCC to be involved.”

Walden, who may face off against Shimkus for the Energy and Commerce gavel, said he was hopeful Congress could update the law in the coming year.

Any effort to update the law, though, must find a way around the contentious debate over net neutrality rules. The rules, which are meant to ensure that all content on the web is treated in the same way, were made possible because the FCC changed the way it handles broadband providers under the Communications Act.

Republicans, who opposed that move, have been eager to address the FCC’s authority on that issue but haven’t been able to reach an agreement with Democrats.

Political winds will also play a roll. Thune noted that if Democrats retake the Senate majority, there “may be an entirely different discussion.”

And a rewrite of the law on the House side could hinge on who is elected by Republicans to lead the full Energy and Commerce Committee. Shimkus said that he would likely delegate a rewrite to the chair of the technology subcommittee if he takes the full committee gavel.

“I think it depends on the person that is the chair of the [full] committee, and what kind of leadership and [what] their vision of leadership is relative to what needs to be done across the communications and technology sectors,” said Rep. Anna Eshoo (Calif.), the top Democrat on the subcommittee.

“Whether it’s a Republican [or] a Democrat, that person will drive it.” 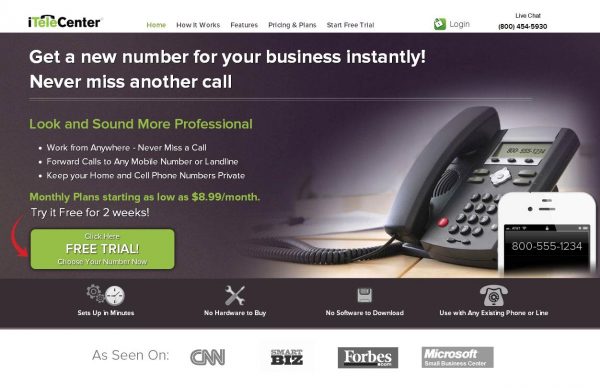