7 Cool Commercial Drone Uses Coming to a Sky Near You 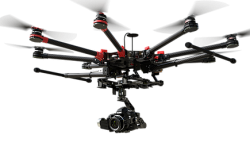 The Federal Aviation Administration recently relaxed the rules entrepreneurs must abide by in order to operate umanned aerial vehicles for commercial purposes. Here’s what that means for businesses.

Source: 7 Cool Commercial Drone Uses Coming to a Sky Near You

Unmanned aerial vehicles (UAVs), more commonly referred to as “drones,” have made quite the splash with hobbyists and entrepreneurs alike since bursting into the civilian sphere. On June 21,

the Federal Aviation Administration (FAA) released new rules on civilian drone usage, known as “Part 107.” Those rules will go into effect Aug. 29, and many entrepreneurs are chomping at the bit to get their drone-based ventures off the ground, literally.

To find out more about drones and the vast range of applications they offer for business owners, we spoke with several industry insiders and UAV experts about what the future holds for the technology. Their answers demonstrate that these unmanned aircraft are versatile tools that can change existing businesses and help establish new startups.

The FAA and the regulatory landscape

“Drone adoption has been growing rapidly — 300,000 drones were registered within the first month after the FAA opened its registration site — and there are simply not enough pilots of manned aircraft to keep up with demand,” Mike Winn, CEO and co-founder of software company DroneDeploy, said. “The most significant change under Part 107 is that operating drones commercially no longer requires a pilot’s license and a Section 333 exemption. Up until this point, the need for a licensed pilot and the lack of regulatory clarity were the most significant bottlenecks for many businesses looking to expand drone operations.”

“Essentially, you can use a drone as long as it is less than 55 pounds, within eyesight by a certified ‘remote pilot in command’ operator at a maximum altitude of 400 feet,” Braden Perry, an attorney at Kennyhertz Perry, said. “Prior to the new rules, you had to have a pilot’s license to operate an unmanned aircraft. Most companies cannot afford to hire a pilot solely to pilot a drone. The certification for remote pilot in command is not strenuous, and generally any adult can get one at little cost, and very quickly. This opens the doors for almost any company to utilize unmanned aircraft technology in their business.”

Applications for UAVs in business

So far, businesses have used drones largely in video and photography, especially for marketing purposes, but there are many other applications of UAV technology that might surprise you. From agriculture to internet access, drones are a multipurpose tool that offers the potential to reimagine some of the most critical ways humanity operates.

“The only limit is a person’s imagination,” Brian Opp, manager of aerospace business development at the North Dakota Department of Commerce, said. “I’ve heard [drones] compared to the internet a number of times. I don’t know if drones will be as world-changing, but there are certainly so many commercial applications that can have a positive impact, either on a business’s bottom line or by making jobs safer.”

“I just think that the drone industry is — no pun intended — obviously going to take off,” Joshua Larson, founder of drone consultancy Breakover Services, said. “This technology can be used to do anything, as we’ve seen. The safest, most efficient way to get it out there is training and education for the people who will be flying in the airspace where manned aircraft are.”

Here’s how some pilots are already using drones, and how they might be used in the future for businesses both large and small.

Farmers can benefit from drones in several ways. In fact, many in the UAV industry cite agriculture as an enormous area of opportunity for drone technology. Not only can drones save farmers money by helping them identify failing plants early and take inventory of crops, but the machines can also be used to map and study the farmland and its irrigation systems. In each of these cases, utilizing drones helps expedite what are otherwise time-consuming projects.

“The drone is just the school bus. What’s important is the sensor capturing data and [the] software that’s really forming that data-analytics piece and hoping to extrapolate the useful information out of that,” Opp said.

In addition, drones can be equipped to spray pesticides, fertilizers or water on crops. Each UAV is like a far cheaper mini-crop duster. And for farms with livestock, drones can also be used to monitor the animals and quickly gather and track useful data about animal health and population.

Architectural firms and construction contractors are also benefitting from the use of drones. Much like professionals in real estate, architects can use images and footage of a property to create 3D renderings of the structures they aim to build.

By cheaply and quickly creating aerial shots on which to place an architectural rendering, architects can create real-world concepts of their projects. This ability is indispensable to creating accurate designs and understanding how they fit within properties.

Access to these plans during the construction project is also useful to the people actually bringing the design to life.

Drone-based delivery services probably constitute one of the most obvious applications.

While still restricted to a pretty low maximum load-bearing weight (55 pounds including the drone itself), delivery-by-drone is yet another promising application. Some have questioned the feasibility of Jeff Bezos’ planned Amazon Prime Air, but the promise of goods delivered direct to your door by drone will only become more real as the technology continues to evolve and its capabilities expand.

This is especially true for areas where traveling by road is difficult or treacherous.

“Engineering firms are a common profession that has applications all over the place,” Opp said. “Engineering firms are involved in things like road construction and maintenance, airport planning, and infrastructure projects. When they look at performing surveying work, use of drones and sensors can expedite their work in significant ways, increasing efficiency.”

Much like how farmers use drones to monitor crops and animals, the technology can be utilized to keep tabs on ecological environments. UAVs are discrete and can monitor animal populations without disturbing them. This type of monitoring offers important insights into conservation efforts, migration tracking, habitat management and flood assessment, which is particularly useful on the coasts.

Drones also provide data on the health of vegetative and animal populations, and the technology offers a unique ability to identify species in hard to reach places.

Another obvious use for drones is in media coverage. Previously, aerial shots were available only to large news corporations that could afford a news helicopter. Now, local journalists and small-scale media outlets can easily capture aerial footage for news coverage.

In addition, drones can get into tighter areas, lower to the ground than a news helicopter could ever hope to travel. Even simple tasks, like recording a face-to-face interview, can easily be made more dynamic and engaging with a camera-equipped drone hovering nearby.

Another application for drones, one that received much media attention when Facebook purchased solar-drone company Titan Aerospace, is the use of UAVs for internet connectivity. Facebook CEO Mark Zuckerberg’s proposed plan is to bring internet access to the developing world with the Aquila drone, which just completed a successful test flight.

Google and Amazon are examples of other large corporations that have also invested in the drone industry. Zuckerberg released a statement illustrating just how promising drone technology is when it comes to expanding internet access worldwide.

“Eventually, our goal is to have a fleet of Aquilas flying together at 60,000 feet [18 kilometers], communicating with each other with lasers and staying aloft for months at a time — something that’s never been done before,” Zuckerberg said.

Thinking about getting a drone for your business? Our sister site, Tom’s Guide, has reviewed the best drones currently on the market.

Adam received his Bachelor’s degree in Political Science and Journalism & Media Studies at Rutgers University. He worked for a local newspaper and freelanced for several publications after graduating college. He can be reached by email, or follow him on Twitter.