Paul Schlegel Of Work At Home Truth Has Passed Away 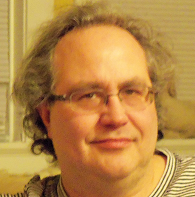 Reposted from Ethan Vanderbuilt at EthanVanderbuilt.com

Paul Schlegel, a fellow Scam Buster, has passed away at 52 years of age.  He was involved in many ways in keeping people safe from the many scammers that are looking to take advantage of people trying to work from home and online. I have always appreciated his comments here and his valuable work.  He ran the websiteWorkathometruth.com.

Here is more about Paul in his own words:

My research has been used as a resource by ABC’s 20/20, National Public Radio’s Marketplace, the New York Post, and Federal Law Enforcement. I also wrote the chapter about work at home scams for the book “Robbing You With A Keyboard Instead Of A Gun”, written by Lynn Edgington who works with an Assigned Federal Agent from the Secret Service as well 3 U.S. Postal Inspectors and has helped to take down a large number of very big financial scams including ASD Cash Generator, Pedro Dispenza/Peter Roor & Heleen Potman Poor (responsible for Oxford Club and many other scams estimated to be potentially near the billion dollar mark), InetGlobal/Adpacks (Steve Renner), Regenisis2x2, and too many others for me to list here.

When I started this site about telecommuting, extra income ideas, and potential work at home business ideas I had no idea how many home business and home job scams were popping up every day. Eventually I realized that in order to get a good “read” on the people selling home business opportunities I needed to meet them in person. I sat face to face with many of these people selling moneymaking opportunities online. I called people on the phone. And I asked them hard questions.

In other words, between me and the people I know we can save you countless hours of blood, sweat, and tears. And I guarantee that if you are looking for ways to make extra income from home, I can help you avoid wasting your money on outright scams. – Source Workathometruth.com

Patrick Pretty gave an excellent overview of how Paul Schlegel helped him with the many attacks made against him by scammers:

The PP Blog fondly remembers Paul for his support during a bizarre and concerning hectoring campaign orchestrated here by a cyberstalker who called himself “Almighty Joseph (the risen)” in 2009. The Blog was told it would be “scrambling to put out fires.”

The stalker was a supporter of the AdViewGlobal Ponzi scheme, later tied by federal prosecutors to the AdSurfDaily Ponzi scheme, a $119 million caper that affected thousands and thousands of people globally.

Eagle from realscam.com had the following to say about Paul: “Paul was a dear personal friend of ten years, co-partner with Eagle’s Blog Swindles.org, assisted Eagle with research on special projects, worked with the FTC on many of their cases, and was a great supporter of Eagle.”

You will be missed.